This was a very good fight between two undefeated prospects. The fight of the night.

Coolwell was a little crisper and accurate with his shots and probably the better boxer, but Wyllie was the aggressor and went after it more. Capitalising on Coolwell’s inactivity at times, continually throwing and pressing the action which ultimately cost Coolwell the fight. 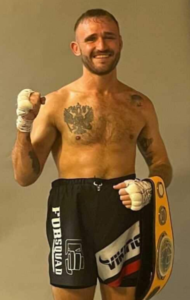