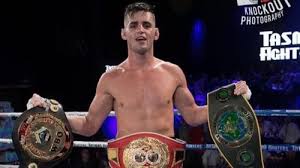 A cut on Carlos’ eye was examined by the ringside physician and the bout continued.  Carlos stepped up a gear putting pressure on Hardman but the latter proved too strong for him.   The referee stopped the contest in 1.58 of round four – Hardman retaining the three titles. 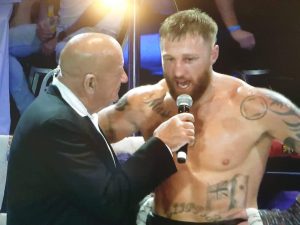