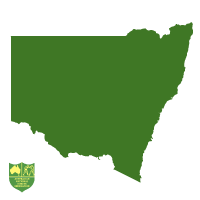 ANBF WOMEN’S NSW SUPER FLYWEIGHT TITLE (VACANT)
SARAH WATT (2-2-1) Canberra VS BRIANNA HARRISON (1-0-0) Campbelltown
As soon as the bell sounded for the first round Harrison and Watt wasted no time in trading a flurry of punches. In the second round Harrison sustained a cut to the eye as a result of a headclash. The ringside doctor checked the cut and allowed the fight to continue amidst the audience applause. Harrison put Watt down for a count in round 3 – the round continued but thereferee stopped the bout in 1.20sec. in Harrison’s favour. Although it was a short fight, it was a very good performance by both girls and appreciated by the crowd in attendance. Harrison is now the ANBF NSW Female Super Flyweight Champion.
Referee: Will Soulos
Judges: Charlie Lucas
Kevin Hogan
John Cauchi
Supervisor: Laura Cauchi