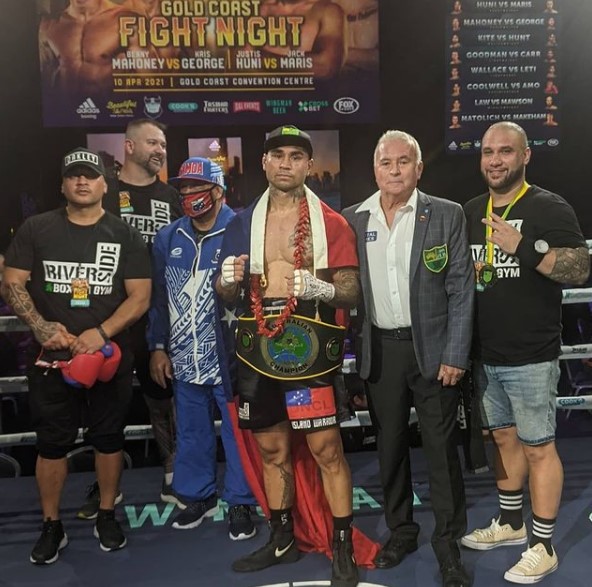 Conor was defending the Australian Light Heavyweight title for the first time.

It was a very engaging bout and a contrast in styles. Conor the big rangy southpaw, and Leti Leti the small powerhouse. Conor controlled a large portion of some rounds simply with his reach and with his movement. But Leti Leti had many standout moments, especially with his body punching and more so in the later rounds. There were times when Conor would control the centre ring and keep Leti Leti at bay, but Leti Leti’s relentlessness grew stronger and late in the fight had Conor pinned on the ropes taking heavy punches to the head and body.

The crowd really enjoyed the fight and it was a great start for the three title fights.

Kite was defending the Australian and Australasian Welterweight titles.

The first round started out with Kite trying to fend off a highly energetic Andrew Hunt. Hunt has often been a fast starter and Kite tried to weather the storm. The next few rounds were similar with Hunt landing heavy head shots and looking to open up and go in for the kill. Kite successfully weathered the storm and managed to have some of his own success with the jab and with some inside fighting. The middle part of the fight became more of a slower tempo with Hunt seemingly unable to trap Kite on the ropes or in a position he needed to unleash. Hunt again picked up the tempo in the 8th and 9th rounds and looked to try and finish Kite, but Ben used his experience and will to grind out to see the final bell.

Andrew Hunt was declared the winner by Unanimous Decision and is the new Australian and Australasian Welterweight Champion. 96-94, 96-95, 97-94. 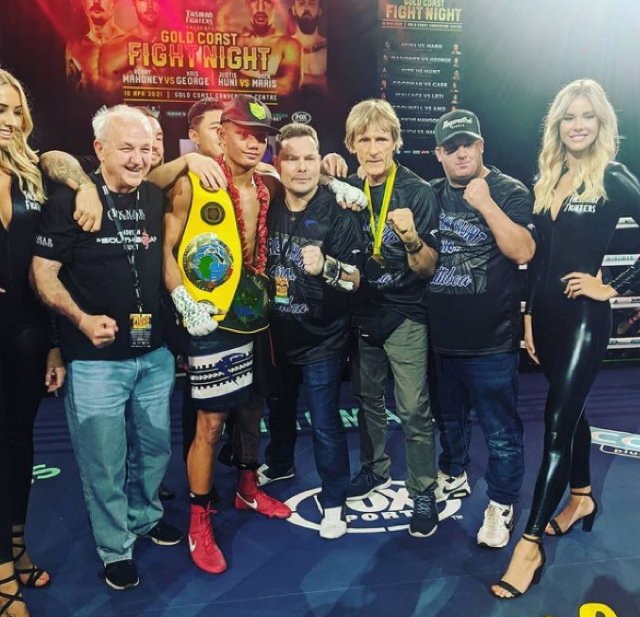 Bout was contested for the vacant Australian Super Welterweight title.

Kris George was coming back from an almost 3 year lay off to face the undefeated prospect Ben Mahoney. George, who was always known for his power, had a slow start and gave away some early round due to inactivity. He was taking a lot of jabs and straight right hands from Mahoney and was showing blood from his nose and a cut by the mid way stage. In round 7 he started to look more keenly for opportunities, and landed harder shots and dropped Mahoney with a left hook. The bout then started to heat up a bit and both were landing heavy shots to the head and body. George had a lot of moments in the second half of the fight, but Mahoneys consistent workrate and higher punches-landed percentage showed through at the end in what became a very close fight. 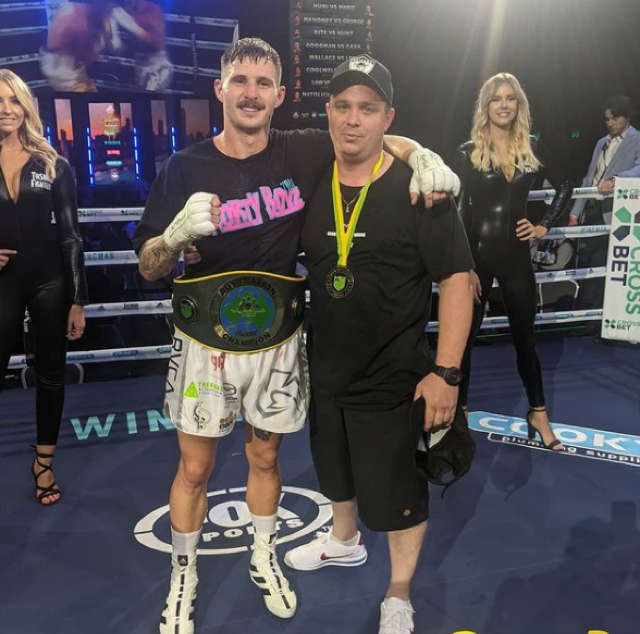 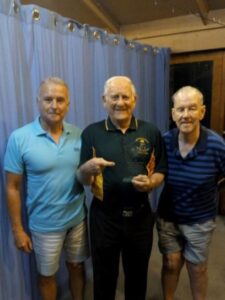