The  Australasian Female  Super Flyweight Title was set down to be decided between Natalie Hills and Linn Sandstrom at the Star Casino in Sydney on Wednesday 22 December 2021. These two Boxers had previously fought for the same Title in Newcastle in July 2021 and the Bout had resulted in a Draw. Hills is  from Sydney NSW as is Sandstrom who is settled in Sydney having originally moved to Australia from Sweden.

The Bout was underway swiftly from the first bell and all in attendance knew we were in for an action packed decider. I had the first round fairly even from where I was sitting although not as a Official Judge on this occasion. As was expected the action began as soon as the Bell rang for the second and during the initial part of the round Hills began to display superior skills and landed cleaner punches she appeared to be in control. The intense action returned in the third with Hills landing solid right hands and appeared to be slightly more aggressive. However Sandstrom evened it up by scoring with several solid right hands. The fourth was very busy for Hills who dictated terms slightly in her favour with her aggression and landed several uppercuts, which again was answered by Sandstrom with good solid right hands. Sandstrom became dominant in the fifth round by jabbing solidly and following up with good scoring right hands. Hills responded solidly toward the end of the round and appeared to increasing her confidence. The final round showed Hills in control with her aggression and constant body attack. The Bout was appreciated by the large crowd and awarded both Participants a big round of applause, the Result being a unanimous points decision to Natalie Hills, 58-57. 59-55. 58-56. 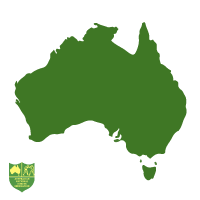