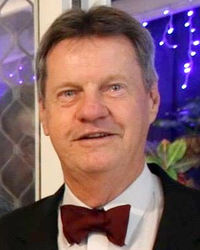 We now know how the WBO Welterweight Champion Jeff Horn has fared in the second defence of his World Title against Terence Crawford. There has been much discussion about the type of gloves the Boxers wore, horsehair has been mentioned and I must say I was surprised to hear that as I was under the impression this type of padding disappeared many years ago. I am happy to now acknowledge that Everlast MX Gloves contain both padding consisting of foam, as does most Gloves, as well as horsehair. Whereas the majority of gloves have foam only and has for years now.   I have also learned that the leather on the outside of the MX glove is treated to make it appear older than it really is, I guess there is a Marketing push for this.  Surprise surprise, I read a complaint regarding the Gym provided in Las Vegas for the final Horn preparation. Well wouldn’t it have been ideal for an advance party to organise the training facilities. I thought this would have been done and all facilities organised and checked thoroughly. Wait until late at night and the Pizza man is knocking on the door of his Hotel with food not ordered, or other disturbance’s which were not planned.  I would have thought an advance party would have been sent to organise everything.

With the Horn V Crawford bout now over, we can think about many aspects, the first one being that Horn was gallant in defeat and is a thorough gentleman who is a great ambassador for our Sport. In my opinion his preparation was not what I would have expected for a World Champion, but then I have never been involved in preparing a World Champion, so what would I know? I do have many old-fashioned opinions on Boxing.I can remember when Boxers actually did go to and stay in a camp away from all distractions so that their mind was solely on the job ahead. In Big Bear, I believe it is called not far from Los Angeles there are areas which many go to and in a way are locked out of any distractions.   I will be interested to see who steps up for the next Horn fight and hope that they are able to find a good creditable opponent.

It was a long journey to Green point on the NSW Central Coast to attend the Funeral of former World Class Boxer Troy Waters. Many say not only a World Class Boxer a World Class person and I agree, on the trip home I considered how much better I now know this man. At the Service we heard from many representing those who Troy had touched during his far too short life, in particular I was impressed by the eldest Brother, Dean who spoke very clearly and to the point as well as causing some laughter. On behalf of the Boxing World Ray Wheatley spoke very well also as did all of his friends and Family Members. I travelled up and back with former WBC Light Heavyweight Champion Jeff Harding, who had Troy with him on one of his many trips to France, Jeff said that Troy was a great team man and great to spar with and could really pack a wallop. R.I.P. Troy Waters.

I am aware that I hold what can be termed Old Fashioned Opinions, however I still do not think it is a good look for Boxing Officials to be photographed with active Boxers. I also know that we now live in an age of Social Media, my comment on that is “so what.”  Is it a good look for an Official who may determine a decision affecting the Boxer’s future to be seen posing with a Referee or Judge? I don’t believe so and this can cause rumours to spread. By all means say hi etc, then move on Another aspect I always notice is how the Media jump on any wrong doer who may at one time in their life had one or two Boxing Bouts. For example, a person is arrested for breaking the Law and the media somehow find out that the person had been a Boxer, Amateur or Professional at a time years ago in his life, this becomes the lead where the Media begin with “Former Boxer arrested for robbery.” I wonder if the same person had been a local grade Soccer Player or junior ½ Marathon runner would they mention it? I think not.

We are now mid-year and after a busy start for NSW the Promotions have seemed to have dropped somewhat, however there looks to be a pickup in the next few Months. We have a huge Promotion coming up with Sydney based former World Champion Billy Dib in for a crack at another World Title for the IBF against American Tevin Farmer. I am told the Undercard will have many class bouts and this should be a genuine boost for NSW Boxing. We hope to have an ANBF Title decided on this one.

Then on June 29Th. In Brisbane Jai Opetia will be challenging for the Vacant IBF Pan Pacific Cruiserweight Title. This will be held at the Pullman and Mercure at King George Square in Brisbane.

In Sydney on July 6Th there is to be a Promotion at the Roma Function Centre in Liverpool Sydney. This is organised by Final Round Promotions and on top of the Bill feature is Luke Boyd V John Amuzu (Fiji) for the WBF Super Bantamweight title.

On 6Th. July Big time Boxing, run by Brian Amatruda has a well-matched Promotion with Joel Brunker V Nort Beauchamp from New Zealand.This is at the Melbourne Pavilion Flemington.

On the next night Brian Amatruda has another Promotion at the same venue the Melbourne Pavilion and on top of the bill will be Kane Watts V Vikas Singh (India) I am not aware of many Boxers from India coming to Australia so this will be a good draw.

Then again at the same venue the Melbourne Pavilion on Sunday afternoon 8Th. July Brian Amatruda  has Sam Soliman V Tej Pratap Singh. I am sure Brian will have a good night’s sleep on Sunday 8Th. July.

See you next Round.